The recent Hollywood cash-for-admissions scandal shows how excellent schools are considered so precious that parents will risk huge fines and even jail sentences to get their wards enrolled. The premise for ‘cheating-and-entry’ is certainly wrong, but underscores the value placed on top notch education.

Each year, when international university rankings come out, there is usually a gnashing of teeth on two sides – both school and student.

Competition among universities is fierce, with each one using elements of the ratings as a measure of their success, and as a marketing tool. They tout the rankings as an indication of the quality of their faculty and the student body.

For parents and students, rankings may seem scientific, but the anxiety to attain a perfect ‘student-course-institution-future employment predictor’ fit persists.

This article provides a holistic view of what a successful university could be, in two ways:

It also presents the following decisive information that help ensure the best chance of success for both future student and anyone intending to fund tertiary education:

Is an overseas (or well-rounded) education really worth it? Well, just last month (March 2019), UK ministers launched their post-Brexit international education strategy, with an attempt to woo overseas students by extending the length of post-study work visas. Students who, incidentally, when they stay behind to work in the UK, earn 50% more than their British (and EU) counterparts. That’s how this piece concludes.

The 2019 Times Higher Education World University Rankings include more than 1,250 universities (across 86 countries), judging research-intensive universities across all of their core missions: teaching, research, knowledge transfer, and international outlook. The rankings have been audited by professional services company, PricewaterhouseCoopers (PwC), which, according to The Times, makes them the only global university grading to be subjected to fullest, most independent scrutiny. The 2019 top 10 are the usual suspects, except for the only newcomer, Yale University sliding in at position 8 (up from 12 last year). Switzerland’s ETH Zurich dropped to 11th place, from its #10 spot in 2018.

Global university rankings based mostly on academics are not the only criteria that students put at the forefront when selecting the ideal institution of higher learning. Scholarships, country friendliness, experiencing a new culture, affordable living, employment prospects, widening professional networks – all these factors are universally acknowledged as essential to the student experience. Analysing a   survey of over 20,000 international students, as well as feedback from a community of meaningful travellers, program administrators, and international education experts, the list below reveals some of the major cities rated by international students as the most attractive for 2019:

* All fees refer to averages for ranked universities 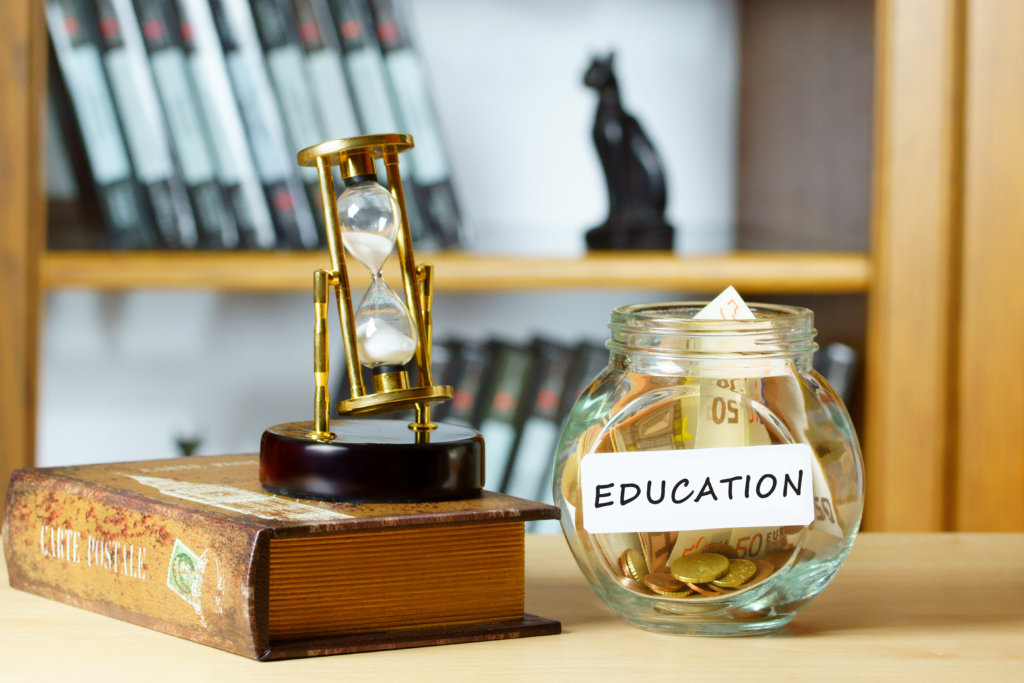 Your children are your legacy. And you want them to be well equipped for the challenges ahead. With the cost of university education surpassing inflation, having a higher education savings plan in place makes it easier to reach financial goals for funding university. This is where a sound financial plan comes in:

MUTUAL FUNDS: Mutual funds offer investors an opportunity to maintain a diversified investment portfolio that helps cushion risk and maximise returns. As the table below shows, the Money Market Funds (MMF) subset (whose instruments include Treasury Bills, Commercial Papers, Certificates of Deposit, and Banker’s Acceptances) are a favourite investment vehicle. While preserving capital, generating a steady income stream, and offering some tax relief, MMFs deliver higher interest rates than a regular savings account, with current yields of T-Bills, for example, hitting up to 13.56% per annum.

Mutual fund assets in Nigeria have risen considerably in the 2014–2019 period, which shows increasing interest in this asset class. Data from Nigeria’s Securities and Exchange Commission (SEC) on the Net Asset Value (NAV) of all registered mutual funds indicates that total NAV grew by 328% between April 2014 and April 2019 – translating to a Compound Annual Growth Rate (CAGR) of 34% over the five-year period.

INSURANCE: What if something happens to you? Will your offspring still be able take advantage of their unique opportunities for education? How would your family cope financially? Are you covered for every possibility? Ask yourself these questions, and then act decisively by taking out insurance protection for your child, and life insurance for yourself.

PRESTIGIOUS SCHOLARSHIPS: Scholarships can be a useful complement to a savings plan. The MasterCard Foundation Scholars Program for Africa (MCFSPA) offers to educate and develop academically qualified young people in Africa who will contribute to the transformation of the continent. This $500 million program will provide students with the knowledge and leadership skills needed to contribute to economic and social progress across Africa.  Scholars receive premium financial support via partner universities for fees, books and supplies, transportation, accommodation, and stipends. Some of the participating universities include:

Last but not least, explore the best education options for your child by observing their inclinations, and researching the type of university/ course that will nurture it. Massive Open Online Courses (MOOCs) are providing access to world-class education to anyone with an internet connection. Prospective students (undergraduate, post-graduate) can now take a MOOC, which allows them determine the career path is right for them.  MOOCs are free for practising, and are provided on the following platforms, which have been ranked for offering the highest quality courses and teachers, the widest variety of courses, and the most specialisations:

What is the fuss about international education? In 2008, leading recruitment agency in Malaysia, Jobstreet.com conducted a study of more than 100,000 of its graduate (and now working) members in-country. It discovered that graduates from overseas universities on average earned about 12 percent more than local graduates. “The salary gap is most apparent among those with up to five years of work experience. Overseas graduates are earning a significant 20 percent more than their local counterparts. Even after 10 years or more of work experience, the gap is still more than 10 percent,” the report stated.

A 2017 study by Beijing-based big-data recruitment firm BossZhipin shows the exact same experience for Chinese citizens who have studied abroad and returned home to work.

In a more recent (2019) twist: Foreign students who graduate from a UK university go on to earn up to 50 per cent more than their British classmates, a report published by the Higher Education Policy Institute (HEPI) has found.

Maths graduates from the UK earn an average of £33,100 five years after they complete their degree, while their peers from outside of Europe earn £48,600. Meanwhile, Economics graduates earn an average of £37,900 after five years if they are from Britain compared to £45,700 if they are from overseas. In both subjects, students from other European Union (EU) countries earn more than their British classmates but less than those from outside the EU.

According to Nick Hillman, director of HEPI, students who come from overseas to study in the UK are simply more aspirational, hard-working and ambitious – and tend to get jobs in the UK, typically in sectors that suffer from acute skills shortages.

The fuss, it seems, is justified.

For professional financial or wealth management advice, please contact us